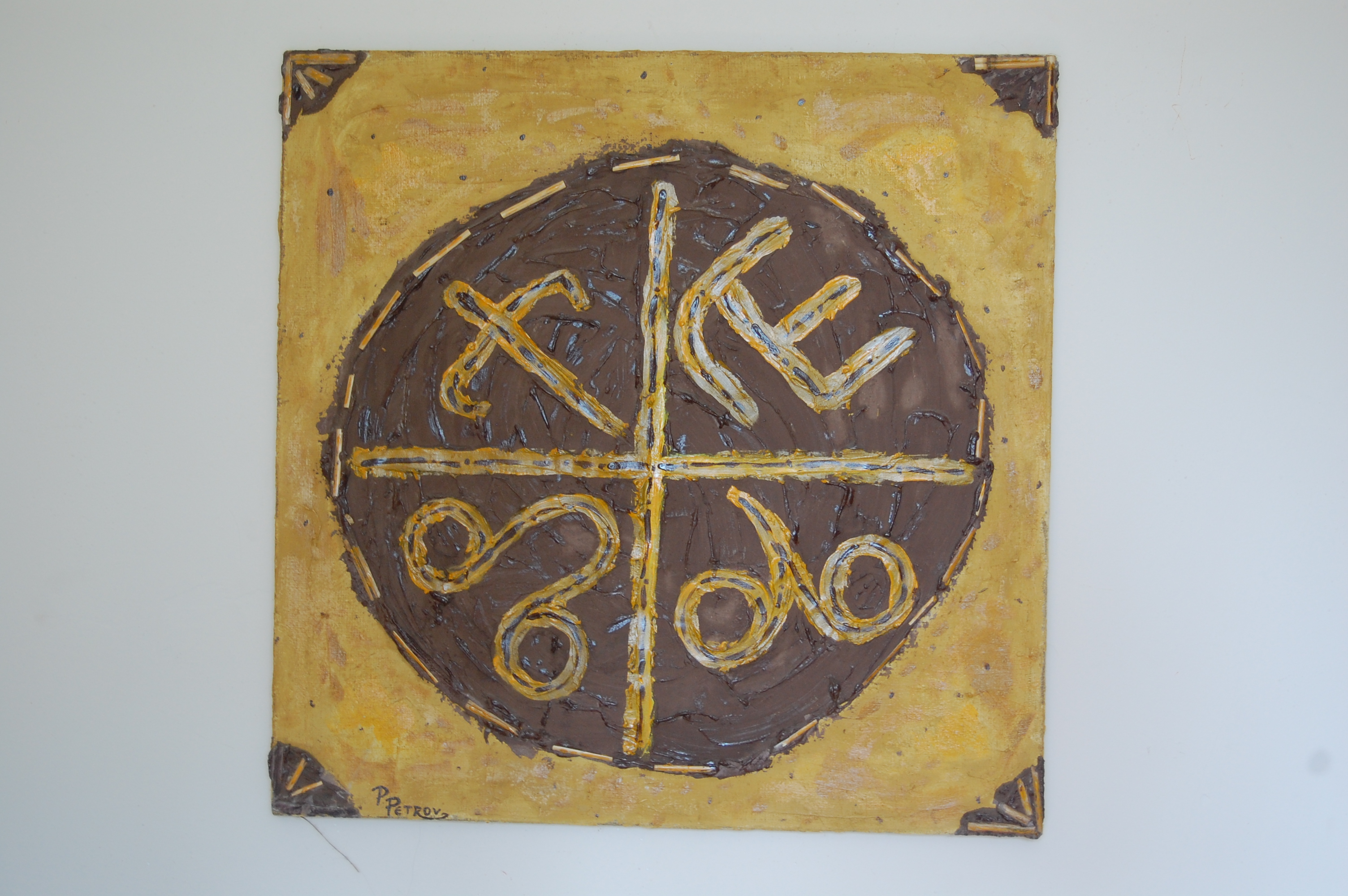 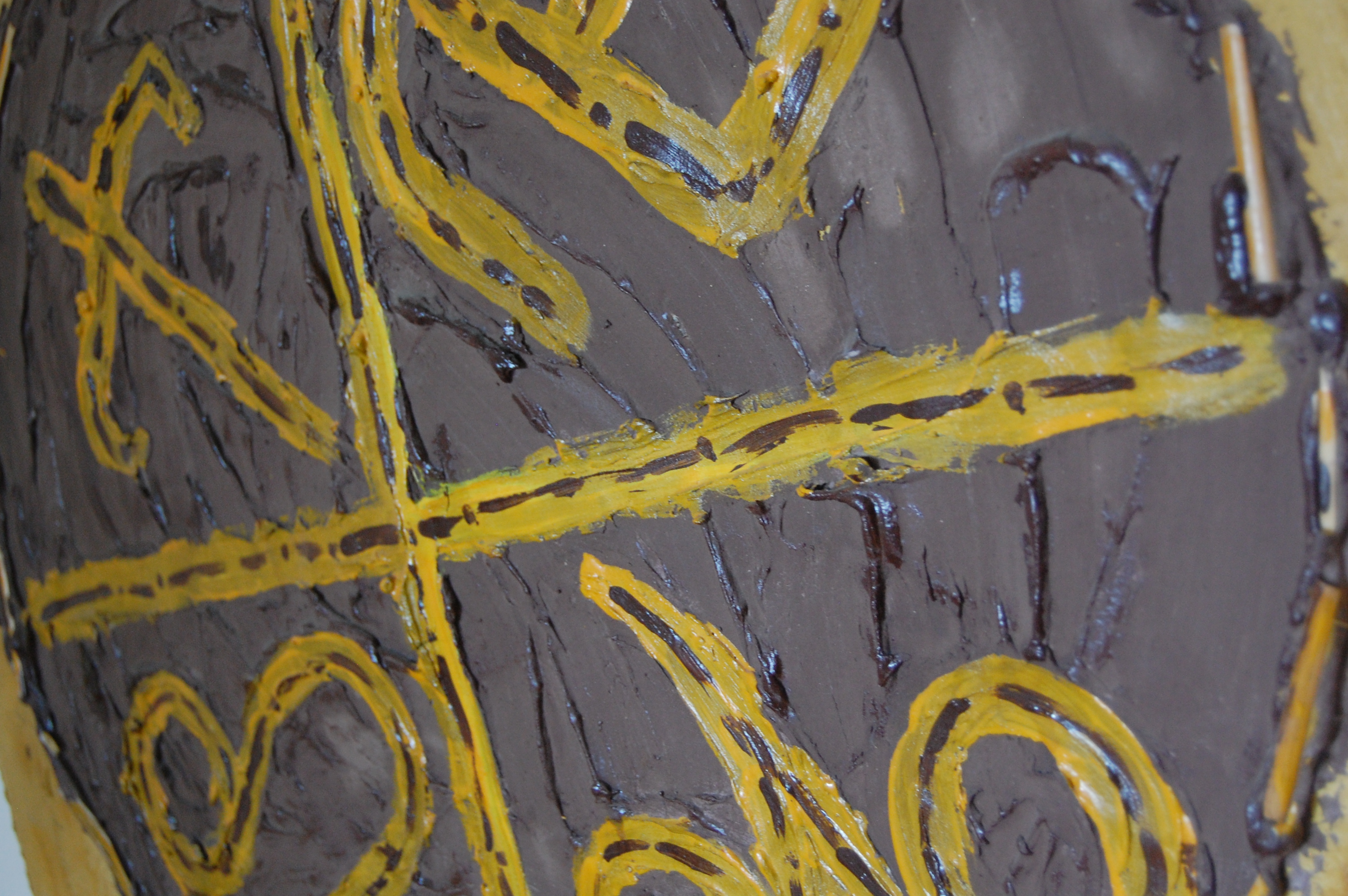 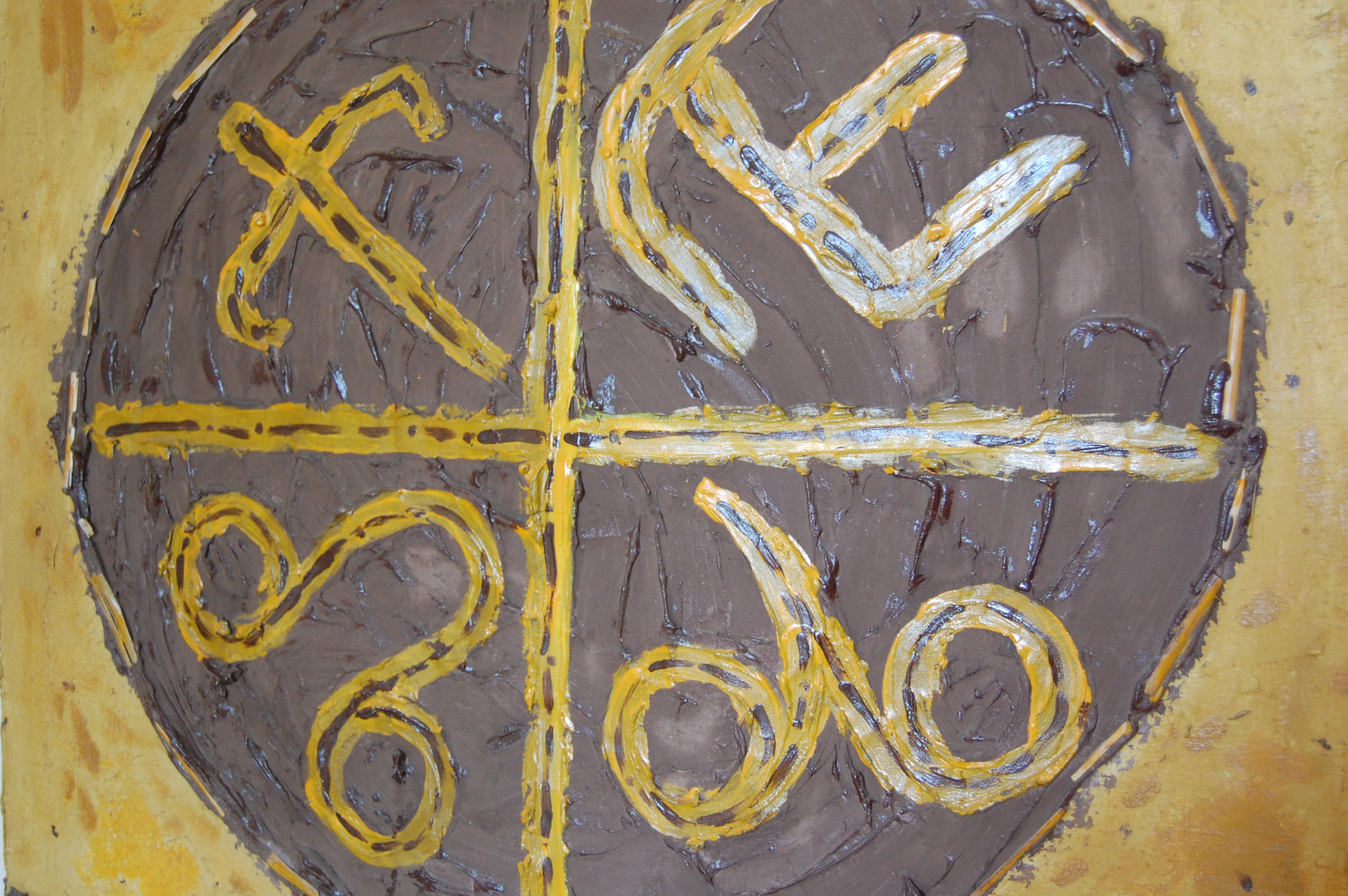 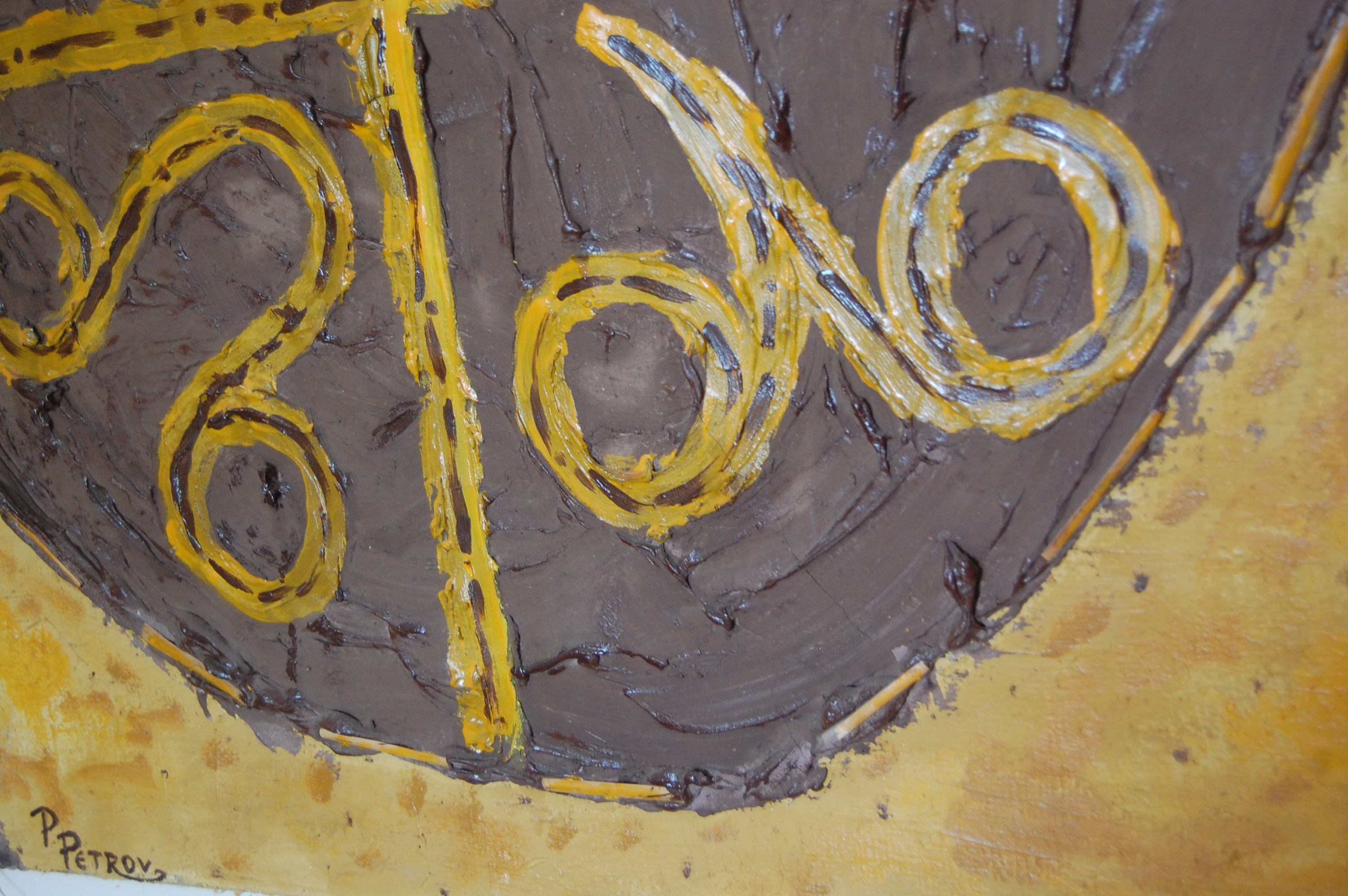 THE FIRST FOUR LETTERS OF THE GLAGOLITIC ALPHABET /circular composition/

The Glagolitic alphabet is a Proto Bulgarian script created by Konstantin Kiril – Philosopher in the ninth century. Along the time it became the basis of the Slavic written culture. All the letters in the Glagolitic alphabet have their own meaning and the whole alphabet represents a complete meaningful text in which was coded a specific message. Unfortunately, this message has not been yet fully interpreted, but scientists were able to read at least the semantic meaning in the arrangement of the first four Glagolitic letters and it sounds something like this: “I know the letters / in meaning – the word of God / and talk.” These four signs are enclosed in the space of the circle which symbolizes itself the eternity and the infinity, enhancing the positive vibrations of the letters from the ancient script.