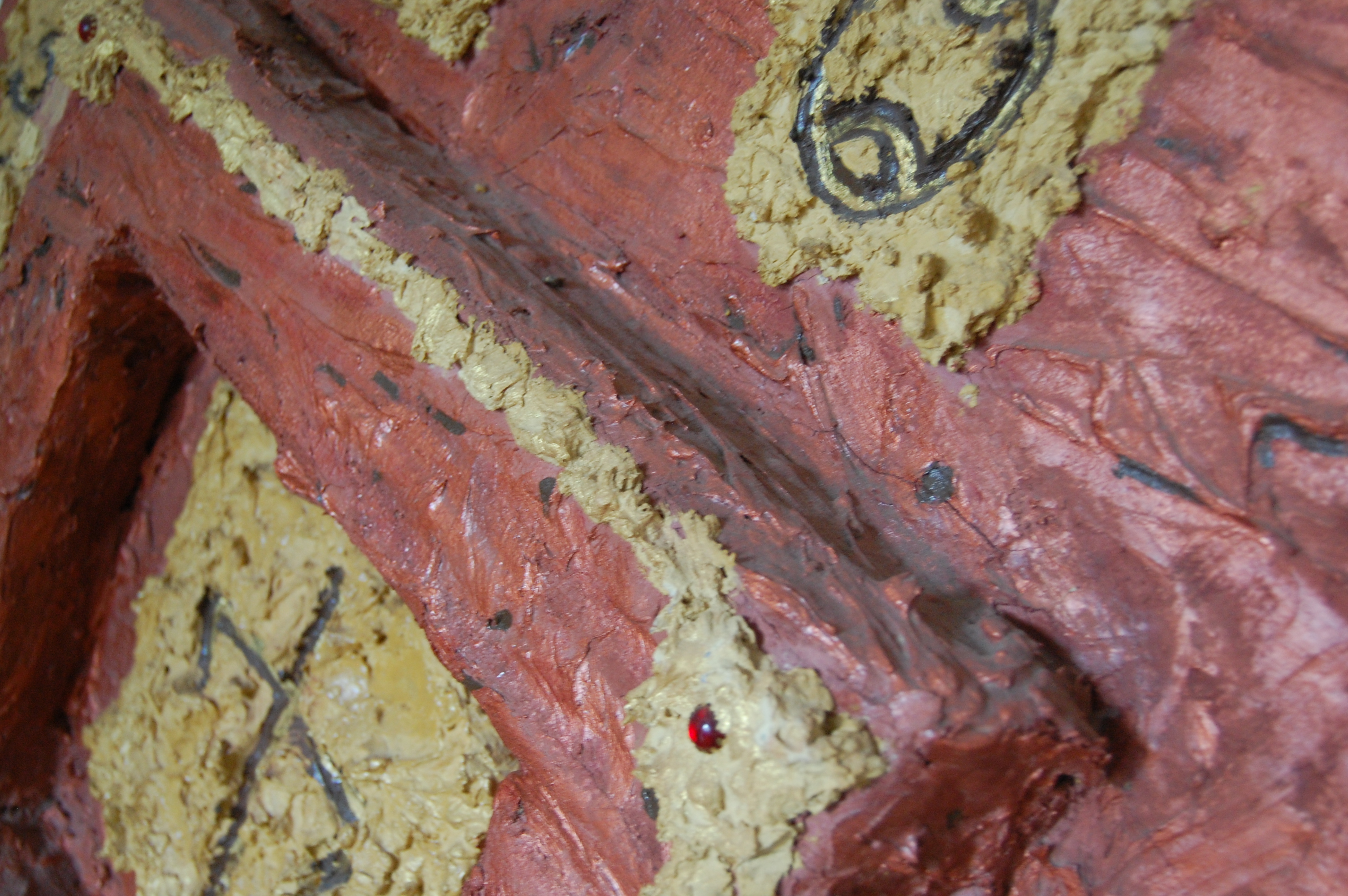 IN THE BEGINNING WAS “I/ME”

Just like at the beginning of the Christian faith stands God in the same way at the beginning of the Glagolitic alphabet stands the symbol denoting “I / Me” – the essence of man. The idea of the work in which are presented randomly selected 12 letters from the Glagolitic alphabet and in the center of which is placed the first one, which semantic meaning is “I / Me” interprets the idea of the man and his personality as the center of his microcosm and the world in which happens his earthly life. According to some historical records the Glagolitic alphabet was given to Constantine the Philosopher from above and is a kind of gift for a significant part of the ancient European world. This in a sense makes these nations equal to God enabling them to perpetuate their deeds in their own language.