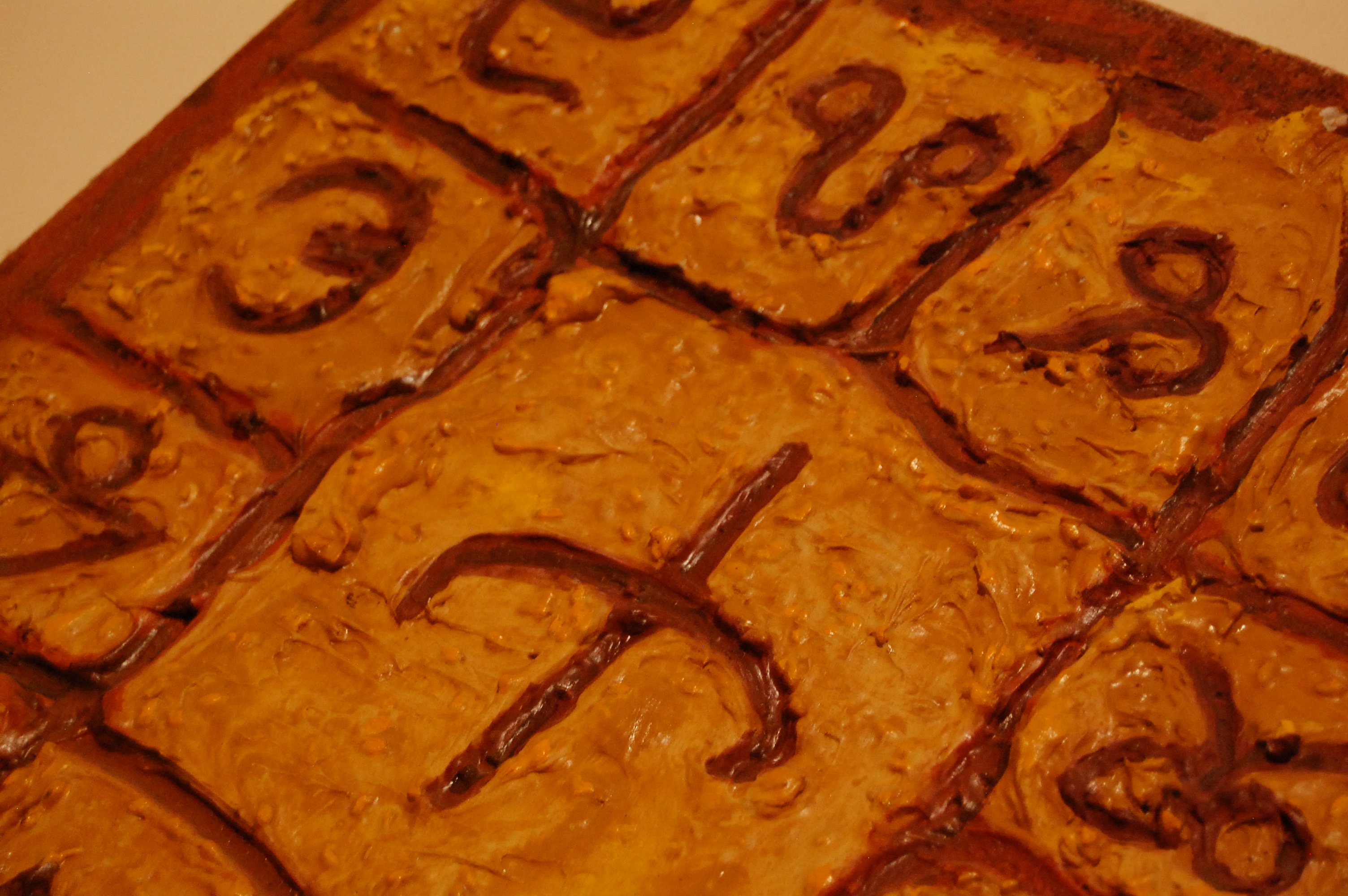 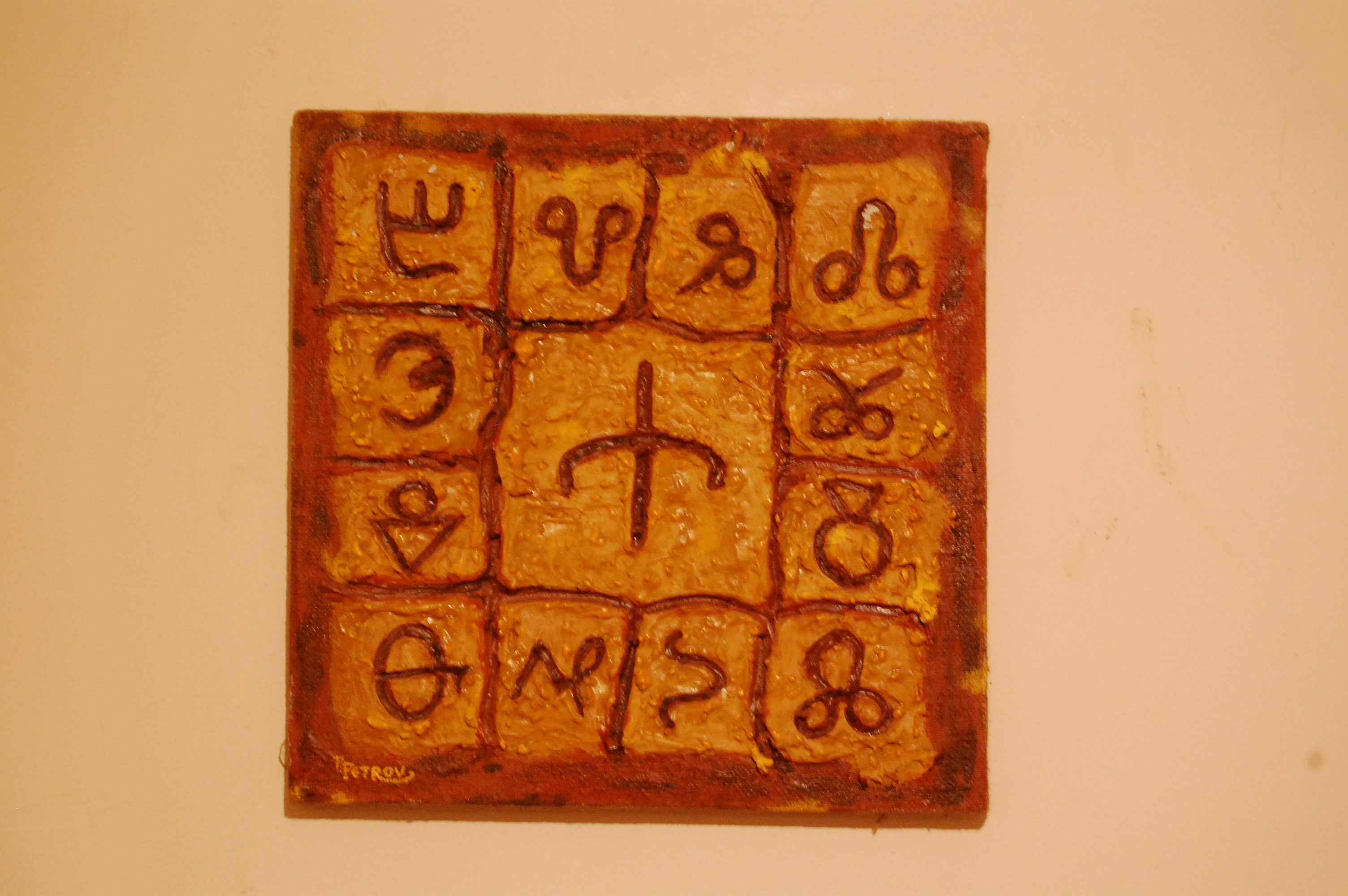 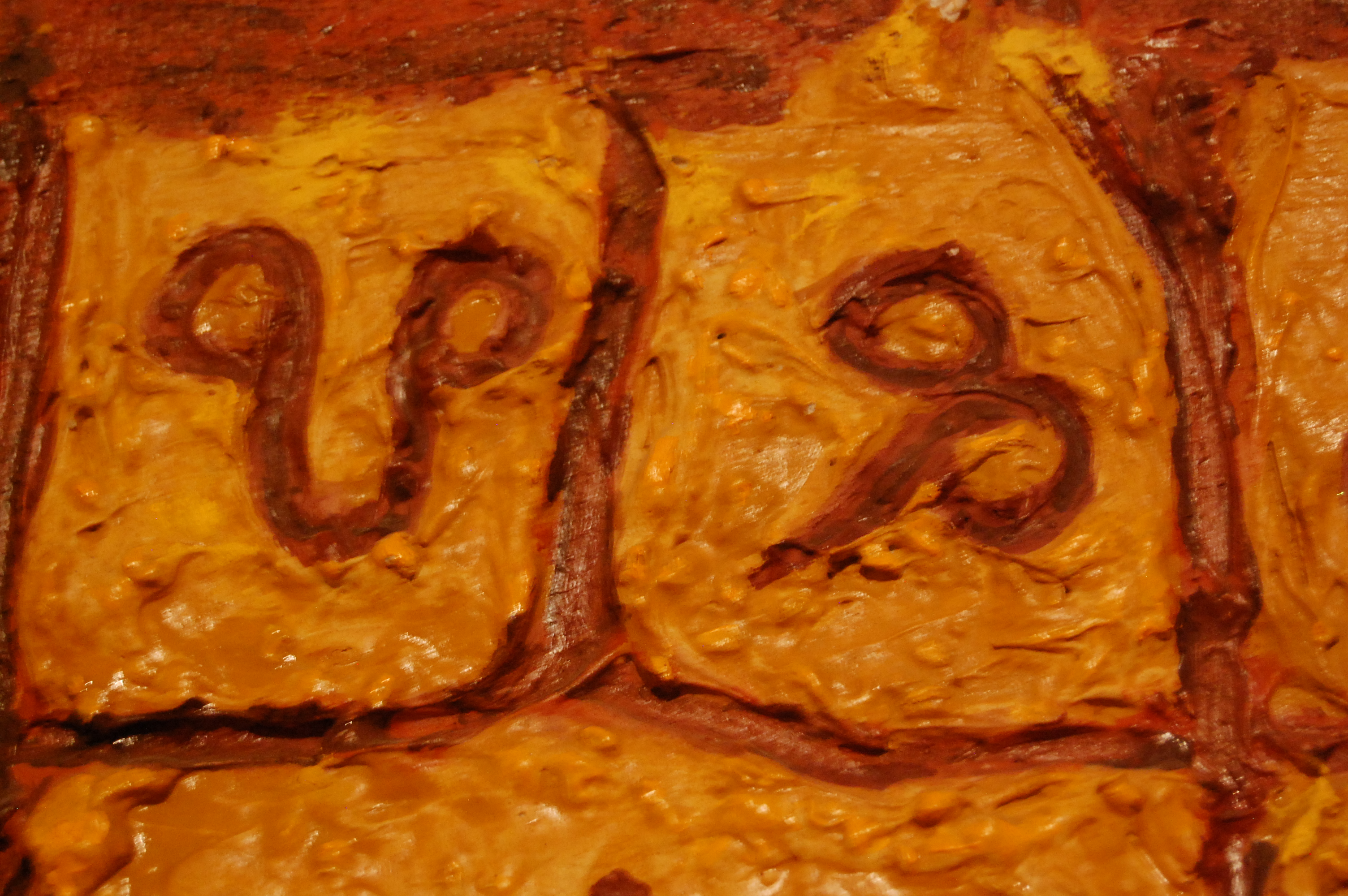 A RANDOM CHOSEN LETTERS FROM THE GLAGOLITIC ALPHABET

The Glagolitic Alphabet is the first Slavic alphabet. Its name comes from the ancient Bulgarian word, which meaning in English is “a verb” and in contemporary Bulgarian language is “a word”. The meaning of letter “G” is “I speak” that is why the alphabet was called sometimes “a signs that speak”. That alphabet was used to be written the first translations of the religious books. The brothers Kiril and Metody and their students had used these books to spread out the Christianian Religion at the Slavic territories during the IX century.

The writing technique of the Glagolitic letters is unique. The lines are consisting of the fusion of some little rows. Each of these rows follows the direction from the left to the right and from the top to the bottom. The letters in the Glagolitic Alphabet have their own names that carry on their own specific meanings. The letters have also a numeral expression – the first ten for the units, the second then – for tens and the third then – for the hundreds.
The “I” symbol is places in the centre of the artwork. That symbolizes the personality as a basic of life in spiritual aspect.