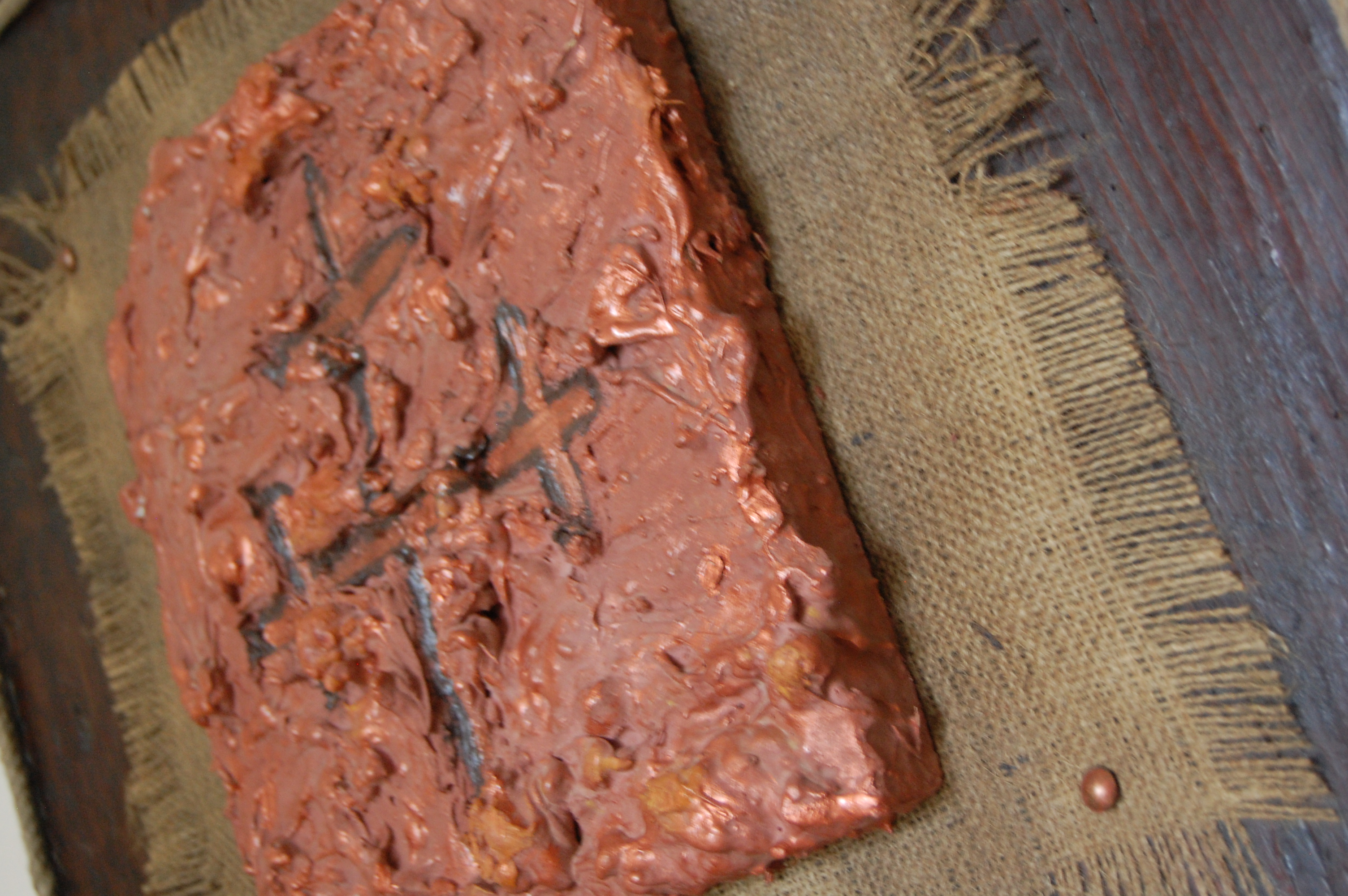 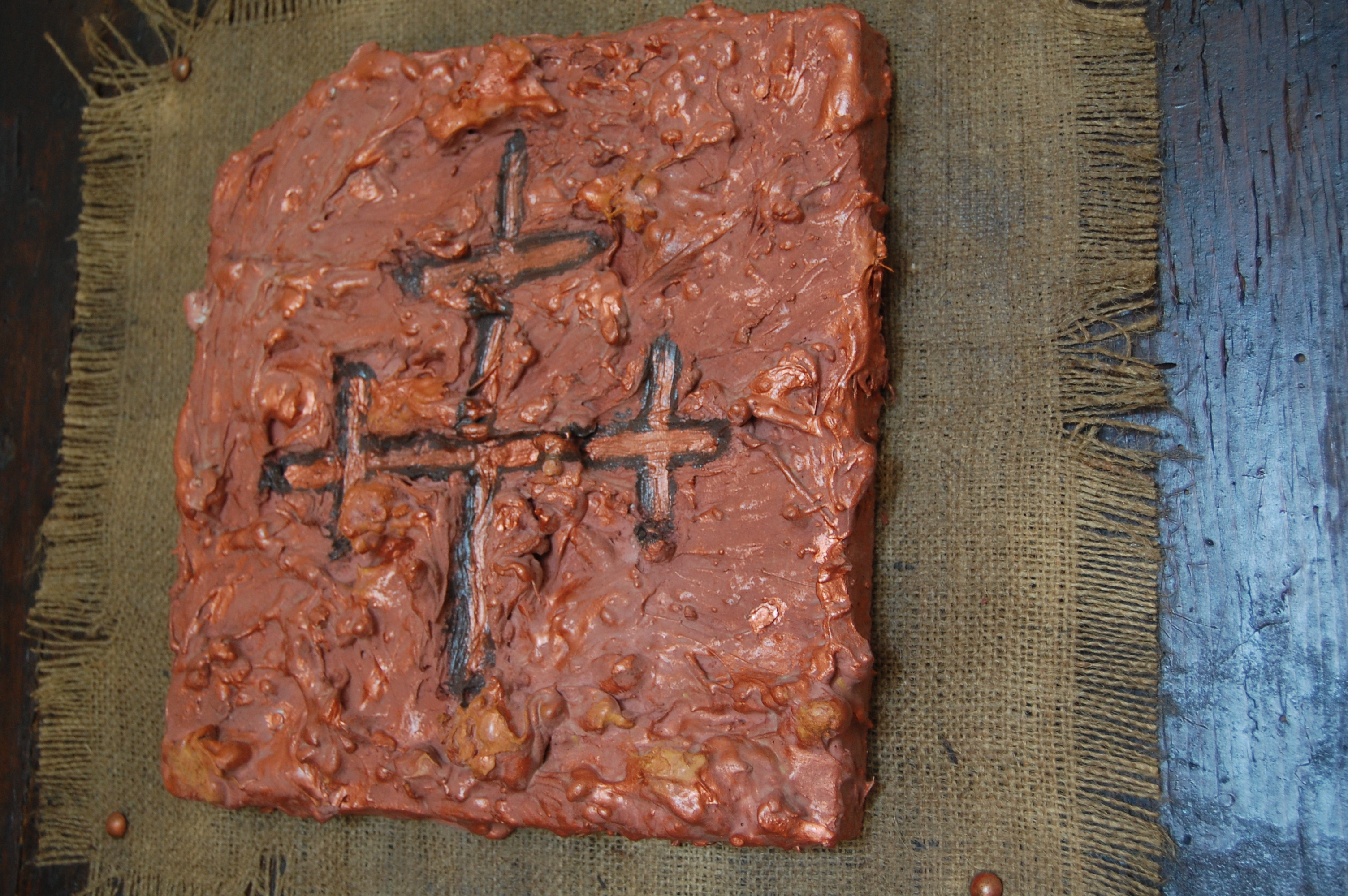 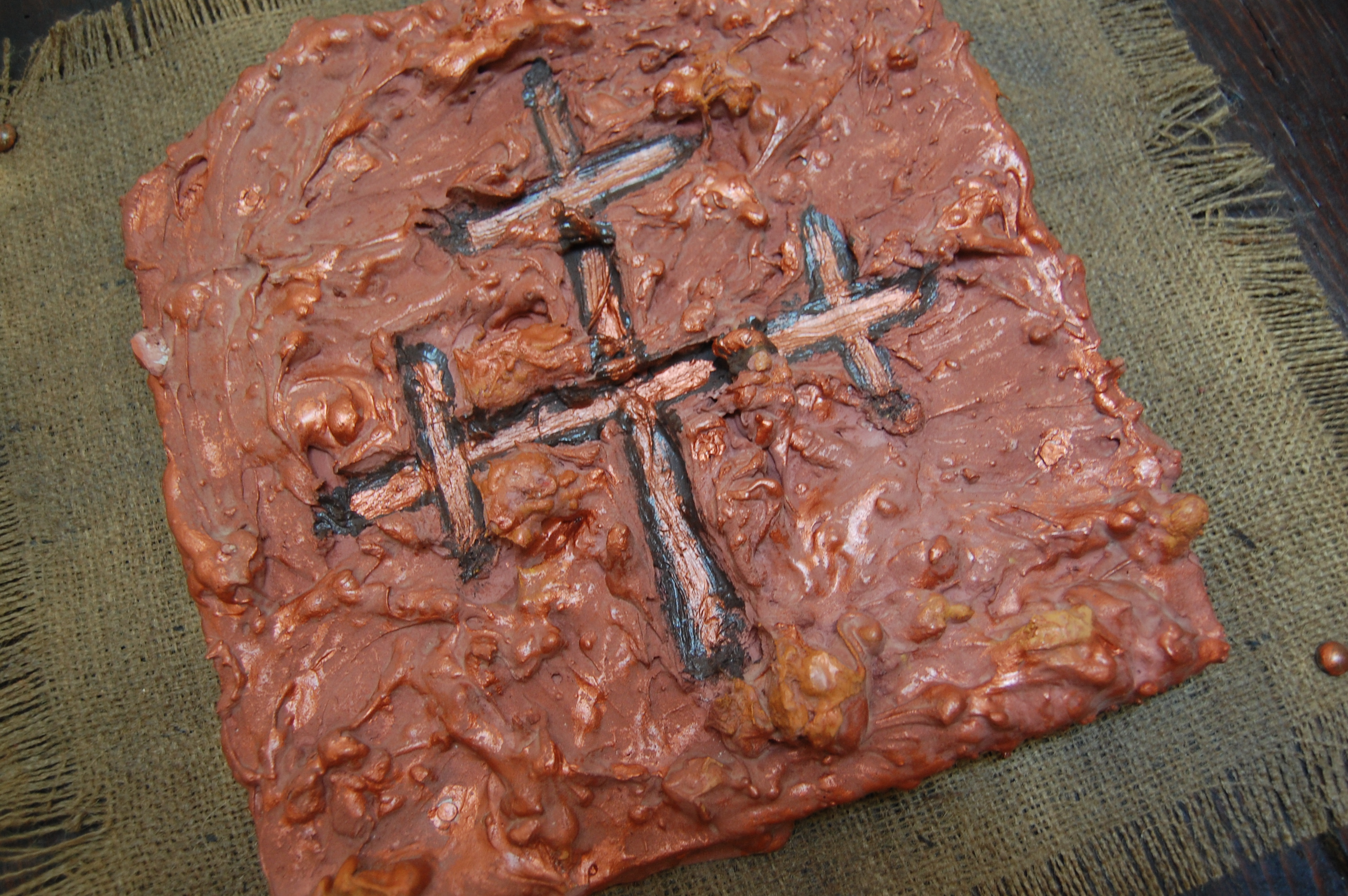 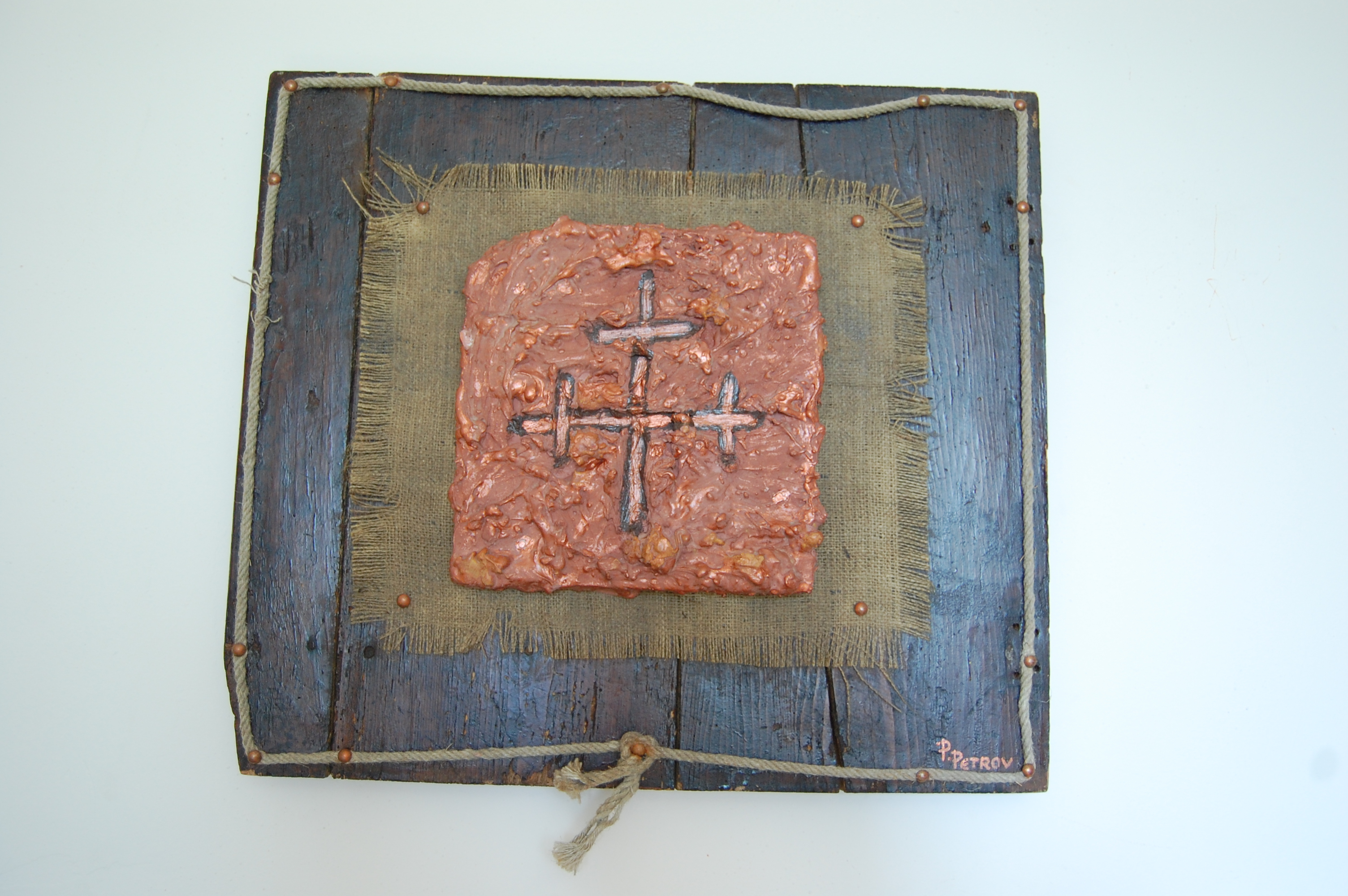 The symbol, represented in the artwork is a Proto Bulgarian rune which the ancient Bulgarians had used to define the basic of the Christian Faith – the Holly Trinity. According to some historical annals that had reached our days the founder of the Ancient Great Bulgaria – kan Kubrat had known well and respected the Christian traditions along with the wide variety of Gods which had adored Proto Bulgarians. The ancient chronics says that he was taught at the capital of Vizantia – Constantinople and he had even had his own Christian name.

The stylized item, represented here, symbolizes the unity of God – the Father, God – the son – Jesus Christ and the Holly spirit. According to statements of some historians that is the most ancient symbol of Christianity, known by the world.