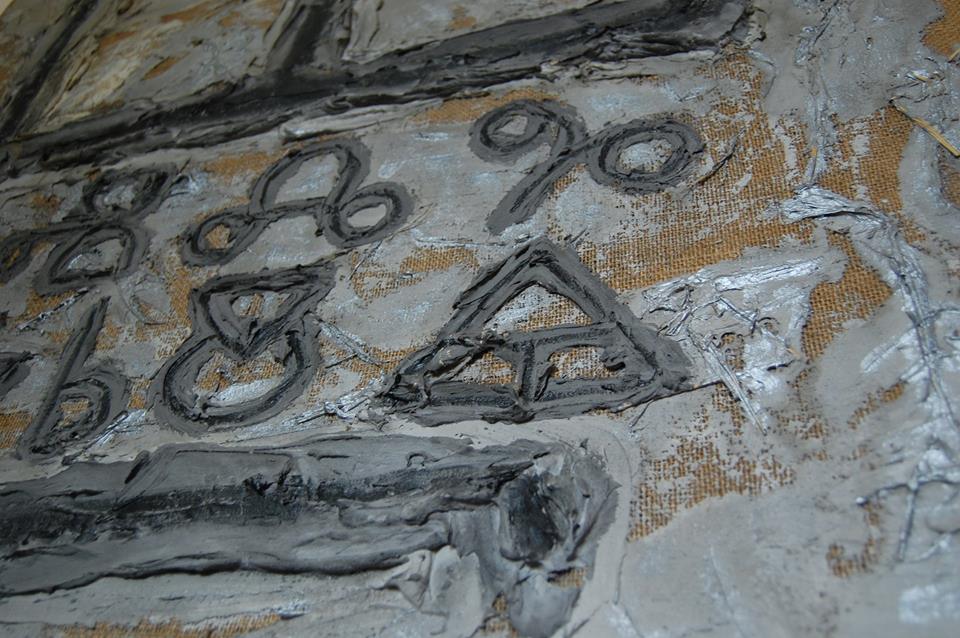 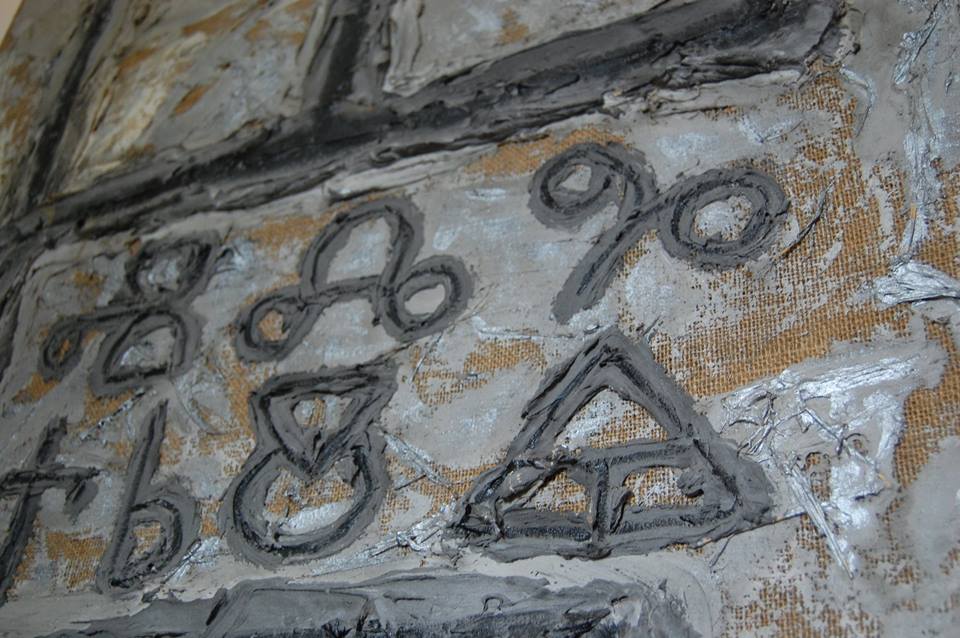 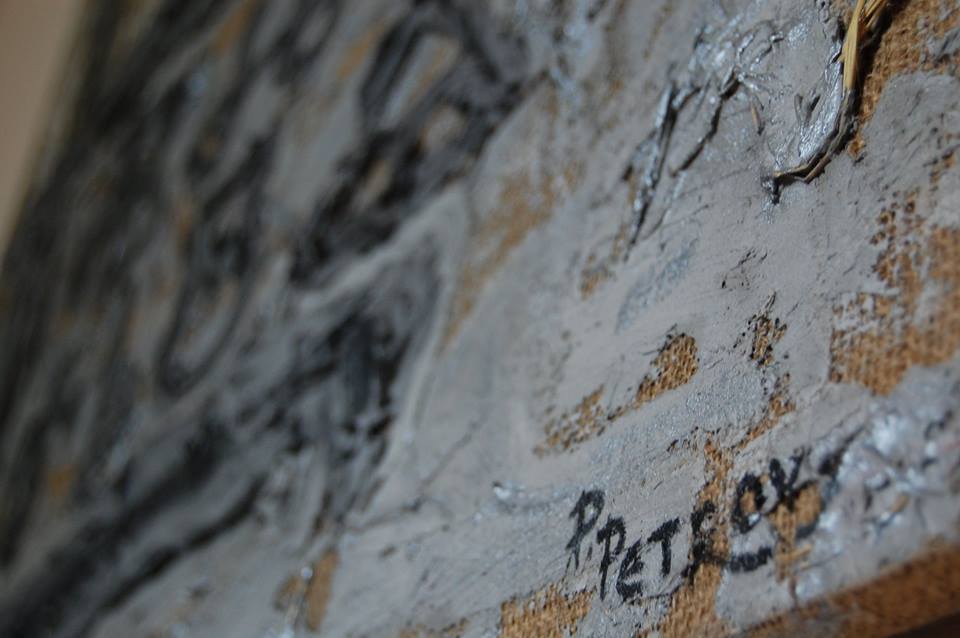 The painting depicts the word “BULGARIA” written by the characters of the Glagolitic alphabet. One of the meanings of the proto Bulgarian runic sign painted in the center of the picture is “a winner.” This symbol appears as an item in the monograms of the ancient Bulgarian rulers Khan Kubrat and Khan Asparouh. From the standpoint of the time the monograms are seen as a kind of public document by which, through the combination of elements in them, was expressed the will of the legitimate head of the state. In the following historical period the sign was included Constantine – Cyril the Philosopher as the second letter of the Glagolitic Alphabet, created by him. Initially the sign was in meaning of the word “God”, later it came to the meaning “letter” in the sense of “Words of the God”. At the later stage it goes into the short sound matter of “b”.

Letters entered in the bottom of the main characters are respectively the letters with the help of which is written the word BULGARIA in the Bulgarian language.