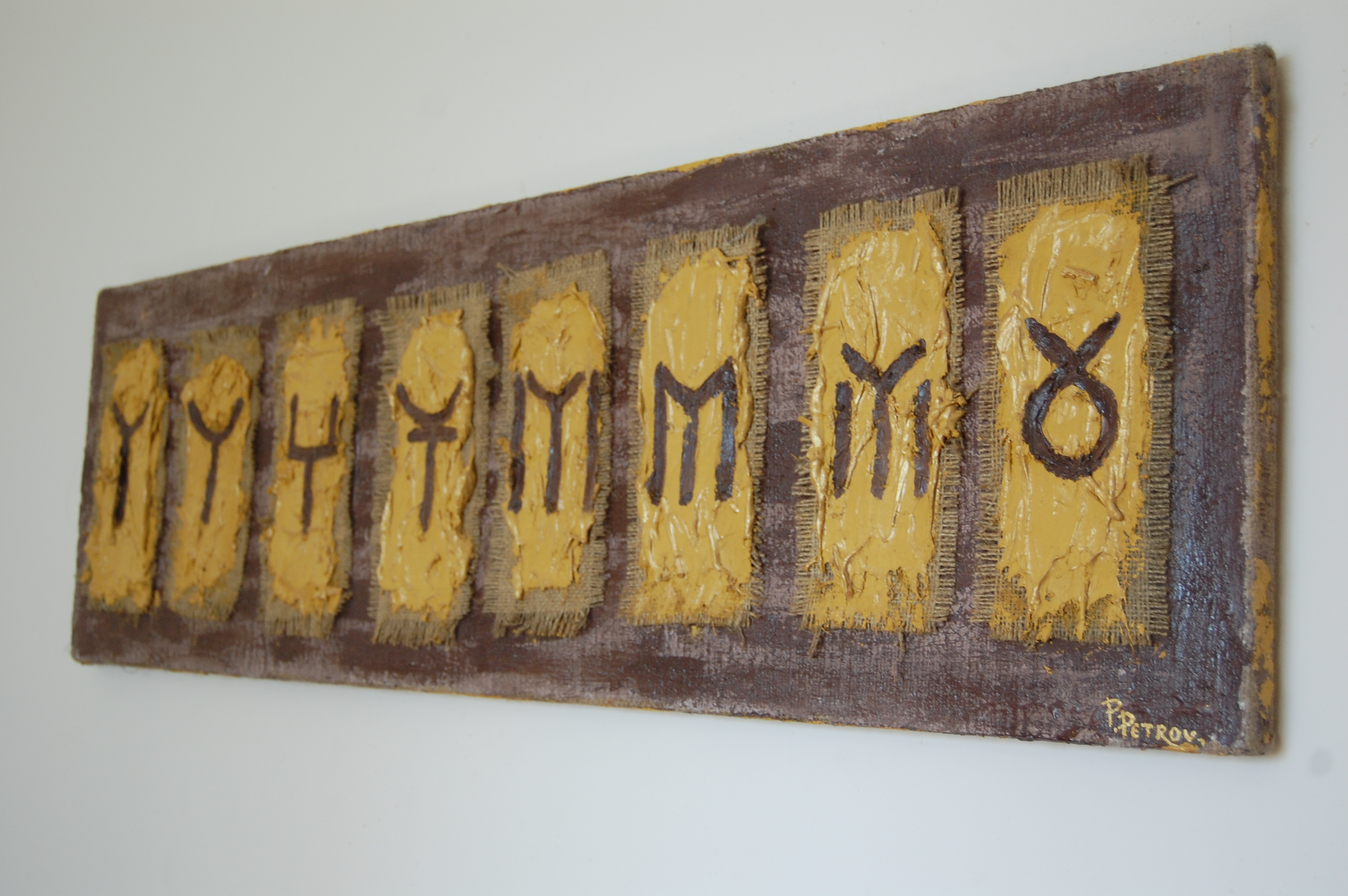 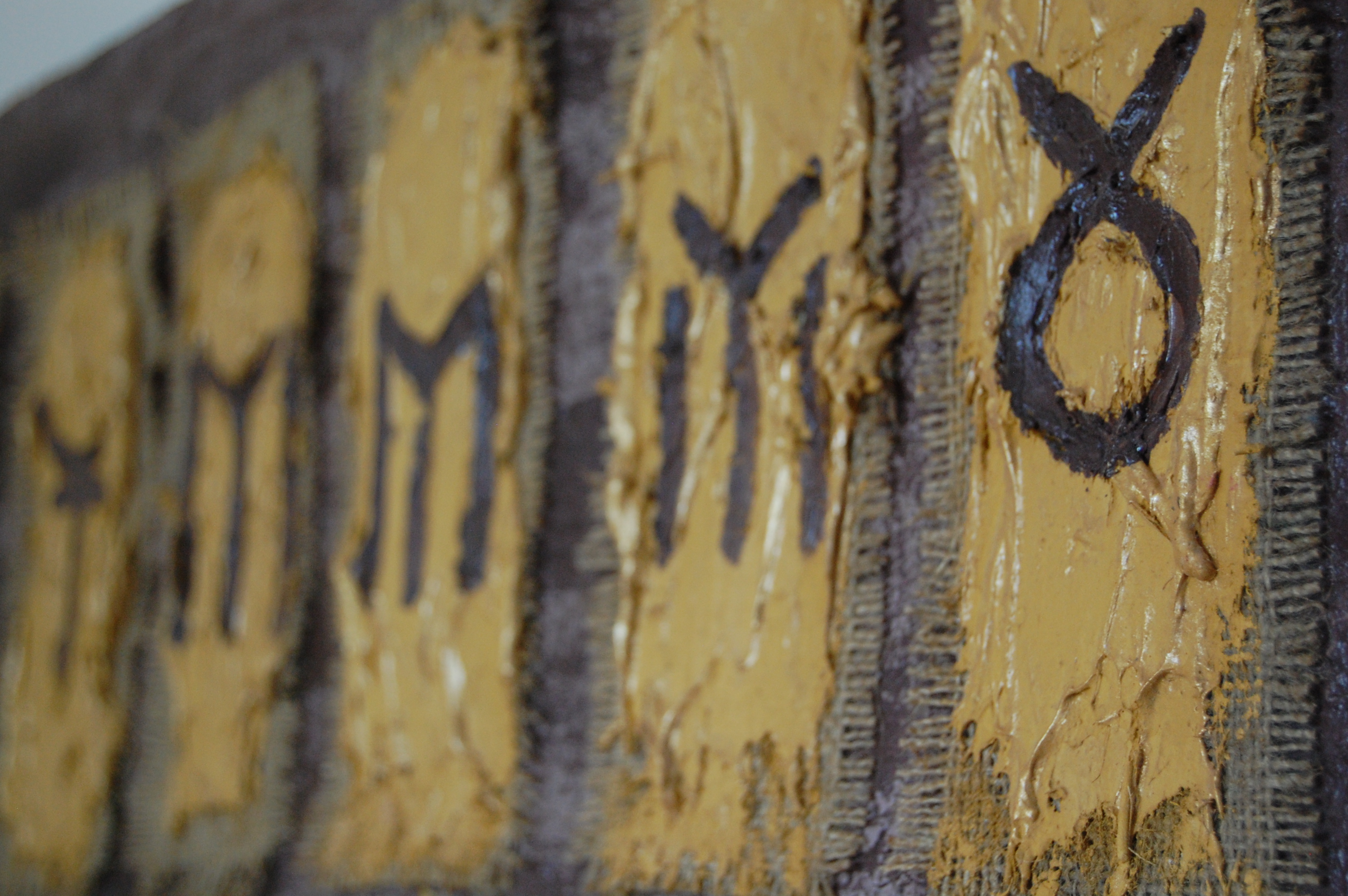 The varieties of the “Tangra” sign that had reached our days symbolize the stages of spiritual growth and awareness, through which had passed the Bulgarian nation as an integral part of the human civilization. This character is symbolizes somehow the eternal struggle for dominance between the material and the spiritual basis of man. The central part of the sign symbolizes the spirituality, the divine energy, while the two lateral parallel lines are in the meaning of materiality in the dualistic human nature. On the various stages in the development of the sign the proportions in the measures of the two elements defines respectively the predominance of the spiritual or the material basis. The arch elements in some varieties show the fluency in the course of growth and achievement of each next evolutionary level. The vertical lines touching the shoulders of the inner part of the sign symbolize the times when still was supported the direct relationship with the cosmos and that helps the growth process to be faster and more comprehensive. Represented here row of variations of the “Tangra” sign is just a part of all the possible interpretations, which are known to modern science.